What it Means to be Fractured: All this stuff we think we know about addiction is wrong

I wrote a piece recently called The Fracture of self and as I lay awake this morning with tears running down my face it hit me that there was the perfect way to give the example of what I meant in that piece, the essence of my work and it’s a story about my son.

My eldest son is a fantastic human being, he is considerate and funny and has great leadership skills, he takes risks and thinks outside the box. One summer evening years ago when I was literally 200 metres down the road getting milk and bread, he decided to go one more lap around the front lawn on his bike.

In an unremarkable way he wobbled and toppled to the side, in that moment his foot and knee went in the opposite directions and he felt incredible pain. Then he panicked because he knew he shouldn’t have gone out on his bike when I was down the road so he tried to get up and walk inside. The moment he tried to bear weight on his leg, he crumbled to the ground in agony.

My neighbour was out the front gardening and heard him scream in pain and rushed to his aid. He scooped him up and laid him on our couch just as I arrived home. I was perplexed.

What could have happened in the few minutes I was gone? He says to me sheepishly ‘Mum I hurt my leg while I was riding my bike on the grass…… but I will be alright.’ I go outside with the neighbour and thank him for helping him and he says to me ‘I think it maybe broken or sprained but he couldn’t walk on it’

I thank him again and then my brain goes into overdrive, I have never had to deal with broken bones til this point and because I had missed the cry of pain, the one that alerts a parent to spring into action – the one that separates all other cries from the day to day moans and whinges – the one that says pay attention, I was unsure how to proceed.

Laying flat on the couch he was still and calm so I had no clue as to the internal pain he must have been in because he was doing his best, with an incredible tolerance of pain, to make it seem like nothing was wrong. I just kept looking at him thinking he would rise from the couch at any moment and go about his life as normal.

As a society we don’t hear the cry either, the cry when a person fractures. We don’t see the pain in people’s eyes, we are too busy judging behaviours that don’t fit in with our skewed vision of what is normal and expected in society. In my opinion right now we are not trained or equipped with effective (what comes next?) information and at the time neither was I.

The fact that he pushed my hand away in a protective way, before it touched his leg, was the first clue. I also remembered reading once that heat at the source of pain or injury can be a clue too. There was heat radiating from his leg so my next thought was hospital and x-ray. I immediately called my husband to see how long it would be before he got home. I got a babysitter and we took him to hospital, my husband had to carry him by lifting him up under the armpits, keeping him vertical. I couldn’t lift him because I was still recovering from my 5th c section, so I was carrying our newborn.

The emergency department was packed and my husband had sat him down on a plastic chair and his leg dangled as normal not touching the ground and the two of them watched the football on the TV in the waiting room as the evening progressed.

A few hours went by and my husband’s patience began to wear thin. He said ‘look! he probably just jarred it and he is not crying or screaming so lets just go – he will be fine’.

I said No! We have waited this long I am waiting to find out if there is really something wrong.

The next minute we get called in and my husband lays him on the bed, he flinched and winced a few times but still no screams. The Doctor comes in. ‘So where does it hurt?’

My son explains the accident and points at his leg. The doctor then runs his hand up and down his leg waiting for a pain response, then he squeezes up and down the leg. My son just lay there and endured.

The doctor says ‘Well I don’t think its broken. But I guess we better do an x-ray to rule out a fracture and see what we do next.’

More waiting, we x-ray the leg and then wait for the result. Not too long after that the doctor comes back out and says can you come into this other room. He apologies to my son for the pain he would have inflicted unintentionally on him by squeezing and rubbing his leg, he showed us the x-ray and my son had a spiral fracture right up his leg bone from his ankle to his knee. The doctor had never known a child to tolerate pain like that before, all the other doctors couldn’t believe it either.

His tolerance and façade was so strong, at 10. He was so afraid of giving into or admitting the pain, he was scared he was going to be in trouble and he didn’t want to appear weak.

I have encountered so many people in the last year that have had facades up for such a long time, the moment I share openly about my journey it helps a person access all that they have hidden and sometimes it has erupted in the most extraordinary of ways. Men feel overwhelmed at times when I have been speaking to them and have burst into tears. This catches them completely off guard and they feel embarrassed and vulnerable, but I just take them by the arm and just go somewhere more private so that they can speak out whatever they cannot contain any longer. It proves to me that this space to be able to be heard and real with people is just so absent from the current landscape that once the person identifies an opportunity it is simply not able to be denied any longer.

My son had a severe break and not even the doctor could tell so please don’t beat yourselves up thinking I should have done more or seen the signs. When dealing with people, because things aren’t always obvious, but if we provide the space to be real and authentic in all our relationships then you may never know the impact that safe space has had on those around you, to be real and authentic too.

His leg healed, but not all by itself. Without the support of a cast, carefully customised for his particular injury and not without his family, friends, his school and community. It took weeks of care and support not just a day. No one would put a band aid on a broken leg, but yet we do that with people all the time when we judge a person by what we see externally and don’t get to the pain internally. By not proactively equipping people with vital skills in self awareness and emotional intelligence we are doing humanity a disservice. Teaching skills to act as a guide or a framework to navigate personal challenges is vital. The way some people are treated only for their outcomes of pain, is like only applying the cast and no crutches.

What we endure in life makes us stronger if we are loved through our challenges and not judged for having them.

We can never ever know what is going on inside another human being, so we should always show compassion and understanding no matter what. When I came out publicly about my struggle with addiction, my mum did what she has always done, which was to love me and support me, a few months went by and she came and heard me speak at an event. She talked with me before I spoke and she said “I should have done more for you, I should have realised the pain you were in.”

I said ‘Mum, you and Dad are the best parents I could have ever asked for, this has never been about blame, not towards you, or Phil or anyone. It is about highlighting that there is so much that we don’t know, that we don’t know, about ourselves as humans, what I have learnt about myself is providing people with clarity where there was none, to be able to make more consciously aware choices and be better equipped to live in todays society and above all be ok with being human.”

I said ‘Mum, there is nothing to be forgiven for’ and then I recognised the pain in her eyes, as a mother that had not been there, to hear the cry, the moment her child fractured. 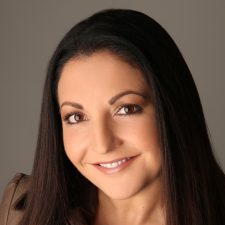