The Nightmare of Modern Addiction 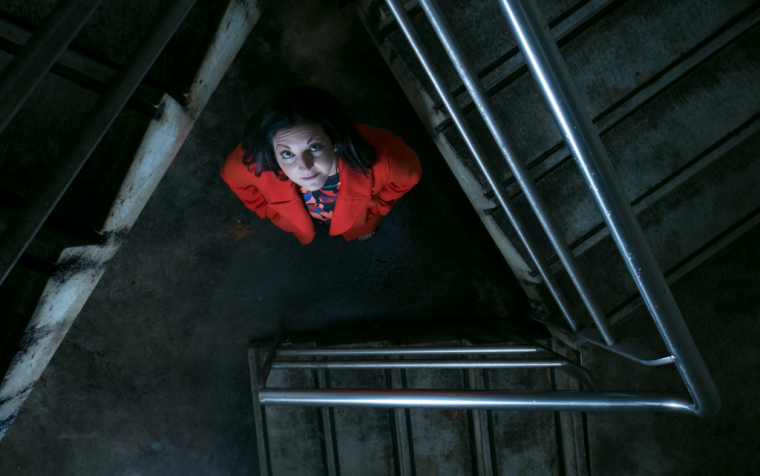 Typically addiction is the stuff of the socially marginalised – the black sheep, the plot twist in a TV show, the downfall of a wayward teen who redeems themselves in the end. This is not 21st-century addiction.

Addiction exists in a grey area where society at large assumes that whatever the problem, there must be an obvious treatment. Cause and effect. Good and evil. An option to be saved, to give up a wicked vice – a ‘yes’ or a ‘no’ answer.

But the role of addiction and the actor that plays it are shifting quickly in our modern age, with technology addictions becoming more insidious and less treatable via the 12-step programs of the 20th century. Our views of addiction, however, haven’t shifted – they’re archetypal, still revolving around notions like “just say no”. But it’s not always that simple.

Kate Seselja is an elegant woman, polished and softly spoken.

She takes her time with her words, speaking slowly and deliberately and making each of her sentences count.

She’s not the woman you would expect to find pregnant and crying behind a poker machine at midnight, but that was where she was four years ago.

“As an 18-year-old, I sat down in front of a pokie machine,” says Kate. “I thought it was just harmless fun. That was the messaging I was getting – they’re just for entertainment.”

In 1997, Kate started playing the pokies with her then boyfriend so they could spend time together, but quickly began visiting by herself.

“I had no concept of how addictive they were,” says Kate. “Within a couple of months I was putting my whole pay [into the machine] on the day I received it.”

In the scheme of addiction, poker machines are a relatively new phenomenon. Being addicted to the feeling a substance creates inside your body or the taste of alcohol are universally accepted addictions – we crave a physically positive feeling, a high or a trip. So how does hitting a plastic button become an addiction?

“Poker machines cultivate addiction by teaching the brain to associate the sounds and flashing lights that are displayed when a punter “wins” with pleasure,” writes Charles Livingstone, senior lecturer at the School of Public Health and Preventive Medicine at Monash University.*

“And since the pattern of wins, or rewards, is random, the ‘reinforcement’ of the link between the stimuli and pleasure is much stronger than if it could be predicted.”

Livingstone says that the neural pathways created by the pokie’s combination of wins, lights and music leads to signs of addiction similar to that of cocaine use.

“The sounds the machines made were in my dreams,” says Kate. “I thought about them when I wasn’t there. There were no [support] groups, there was no knowledge of how the machines are designed to interact with your brain that way.”

To the layperson, however, a poker machine is usually found annoying, further alienating the experience of being addicted to playing them. Why would someone want to be around such annoying jingles all day and night?

Kate’s addiction was “interrupted” when she met her husband at age 19, and she assumed that her gambling past was behind her. Within four years, they had a young child, were running their own small business, and living with her husband’s parents while building their own home.

Kate knows now that stress was her main trigger for gambling, but at that stage, no dots had been connected as to why she had become addicted. Her husband still didn’t know about her past and the cause hadn’t been addressed in any meaningful way.

“One day, I was out trying to source some tiles for our bathroom”, recalls Kate.

“I recognised that the environment I was living in was super stressful but I didn’t put two and two together to work out that my old [gambling] triggers were being activated.”

Within a month, Kate burnt through the $20,000 they had saved for the build of their house and had no choice but to disclose her addiction to her husband.

“I didn’t [recognise] his depression and him not being able to deal with any more stress,” says Kate. “His reaction was, ‘Are we together? Yes? Then don’t worry about the money.’

Kate’s first attempt at reaching out after disclosing to her husband was to a telephone helpline at 3am. The operator kindly instructed her the solution was to “not wear shoes” as she would be refused entry to gambling establishments.

Kate relays this experience to me with a long pause at the end and a sad look in her eyes. She says this is when she first felt complete and utter hopelessness.

“I thought, ‘Wow, there really is no help … the only outcome I can expect is to not wear shoes. Can I ever trust myself with myself?’”

Kate then turned to a counselling service. The counsellor singled out her husband as the main stressor in her life, encouraging her to distance herself from her marriage, despite her husband’s unwavering support.

“That counsellor had [recently] been through divorce … I almost got counselled out of my marriage,” says Kate. “I was with her and thinking, ‘Yes, he’s contributing to my stress, this is all his fault’.”

“The thought of going home again and disappointing my family once more was too great. I didn’t want to keep existing is all I was going to do was relapse.”

Without an awareness of her addiction as being legitimately treatable, and in the absence of specialised gambling counselling, Kate found herself trapped.

“I was the point of total hopelessness. The only reason I’m sitting here right now is because I was pregnant, and I couldn’t figure out how to kill myself and not hurt the baby.”

Four years on, Kate has founded The Hope Project, a not-for-profit which helps those struggling with issues like addiction find the hope in their situation – something that Kate felt she couldn’t do without the right support.

“If we reconnect people and restore them back to society, we create hope, and kindness follows.”

While support systems failed to keep up with the technology to which Kate was addicted, in the near future, radical changes to the health system may alter the way we view the most common trope of addict – the drug user.

Read the full and original article from Her Canberra.